To share your memory on the wall of Jeanette Bergonzi, sign in using one of the following options:

She is survived by her sister Karen (Paul) Egliskis and brother Peter (Kathy) Falivene, her children Joelene (David Gross), Gregg, Karen, Janis (Kenny Bryant), Anson, Donna, Scott (Donna), Michael, and her friend who was like a daughter, Millie Diaz (Joe), her many grandchildren and even more great-grandchildren, all of whom will continue her legacy for generations to come.

Jeanette grew up and raised her family in Torrington, CT, where she founded Busy Bee nursery school, serving many children in the area. In the early 80's Jeanette and Moose and their youngest boys relocated to Port St Lucie, FL, where she continued serving the community.

In the late 80's, they traveled to Lemon Grove, CA, for a health retreat, and ended up joining the staff at Optimum Health Institute. Jeanette assisted in the health and well-being of others there for ten years. She then moved to West Palm Beach, FL. She was surrounded by friends who kept her busy, in between her travels to visit her many family members and celebrate the moments in their lives.

Jeanette will be missed by so many who remember her kindness and caring words — as well as the birthday, anniversary, and holiday cards she faithfully sent! She always lent a hand, her attention, and whatever resources she could share. She left behind loving memories and gratitude.

To plant a memorial tree in honor of Jeanette Bergonzi, please visit our Heartfelt Sympathies Store.

Receive notifications about information and event scheduling for Jeanette

There are no events scheduled. You can still show your support by sending flowers directly to the family, or planting a memorial tree in memory of Jeanette Bergonzi.
Plant a Tree

We encourage you to share your most beloved memories of Jeanette here, so that the family and other loved ones can always see it. You can upload cherished photographs, or share your favorite stories, and can even comment on those shared by others.

Posted Oct 24, 2020 at 02:04pm
One Tree for Jeanette, One Tree for Moose, and One Tree for the Spirit that Bound Them Together and Radiated So Brightly Through Their Hearts to All

3 trees were planted in the memory of Jeanette Bergonzi

Posted Sep 13, 2020 at 05:38pm
Our sincerest sympathies. Wishing you all comfort and peace in the memories you will always hold in your heart.

3 trees were planted in the memory of Jeanette Bergonzi

Thank you, Doug and Becky! Mom loved to do this for many of her friends that passed. She's happy now to see it available for her. Donna
M

Posted Oct 19, 2020 at 03:47pm
I have so many fond memories of my Aunt Jeanette, Uncle Moose and my 8 cousins. Parties at my house where Jolene always came up with great entertainment skits that involved all of us. Getting to help my mother babysit for Michael, going to their house for sleepovers and knowing that I would have a great time with my cousins. I will miss receiving birthday and Christmas cards from Aunt Jeanette. Rest in peace. Love from Marianne and family❤️
Comment Share
Share via:
J

Thank you for the loving words and memories, Marianne. Wishing you and yours moments of health and joy. 💜
J 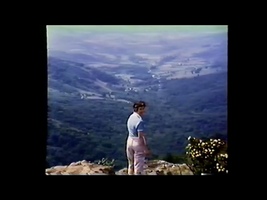 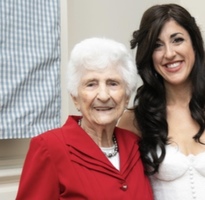 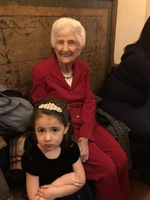 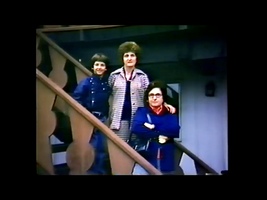