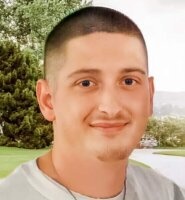 David Michael Barrett, of Essex, Maryland, passed away on Saturday, June 5, 2021 following a 6 year battle with addiction. He was 31 years young.

David was born at Franklin Square hospital on October 31, 1989. He spent most of his adolescent years at his father's house on Harford Road, in Parkville, Maryland. He then moved to York, Pennsylvania, where he graduated from Central High School in 2008. David's love for automobiles lead him to WyoTech, where he earned his Associates degree in Business and Auto Mechanics in 2009.

David shared in his father's passion for cars; he was known to have a different vehicle every few months. He was also an avid baseball lover and enjoyed playing on teams in his younger years. David frequently visited Camden Yards with his older brother and friends.

Those that knew David best and those meeting him for the first time describe him as being kind, easy going and an extremely hard worker. David had the best sense of humor that would keep his family and friends laughing for hours. These attributes will fill our memories as we cope with this tragic loss.

Unfortunately, like so many others, David battled opioid addiction. The family hopes that making his struggles public will help save a life. David sought many times to get the help he needed to overcome his addiction. He was in his 4th rehab placement in Boca Raton, Florida, when he was found deceased. His decision to leave the rehab center on Wednesday, June 2, 2021 had fatal consequences and he overdosed 3 days later, leaving a loving family to mourn another life lost to addiction.

A private memorial for immediate family will be held at a later date. If you wish to contribute, please donate to notonemoreyorkpa.org in David's honor.

Recovery is NOT a death sentence, ADDICTION is.
To order memorial trees or send flowers to the family in memory of David Barrett, please visit our flower store.