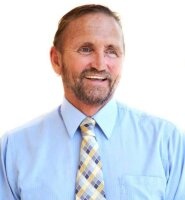 David was born on September 12, 1958 in Miami Beach, Florida to Lloyd Rodney Bennett and Dorothea Jean Bennett (Turner). David, most importantly, was a loving father, son, brother, and friend. He had a heart of gold and would give the shirt off his back to anyone who needed it. He did not know the meaning of moderation which was displayed with his love for his family and friends. Throughout his life he enjoyed working out, martial arts, professional wrestling, and cheering on South Florida sports teams. Early on, he was a salesman. Later, he found his true calling in life to be an actor. He was most proud of his role as “Homeless Phil” in the movie “The Beach Bum” directed by Harmony Korine, starring Matthew McConaughey. David was, essentially, a walking dad joke that did whatever it took to make you smile.
He is survived by his daughters Jennifer Rae Anselmo (Bennett), Brittany Christine Bennett, and son, Tyler David Bennett; his brothers, Michael Lloyd Bennett, and Edward Joel Bennett (his wife Mary Alice Bennett (Eaddy)), his grandson; Paulie Vincent Anselmo; his nephews Jonathan Edward Bennett (his wife Halley Bennett (Boswell)), Jordan McKinley Bennett, Joseph Sanders Bennett, Benjamin Joel Bennett, Henry Turner Bennett, and his Niece Victoria Jean Bennett. He is pre-deceased by his parents, and brothers, Louis Daniel Bennett, and Steven McKinley Bennett.