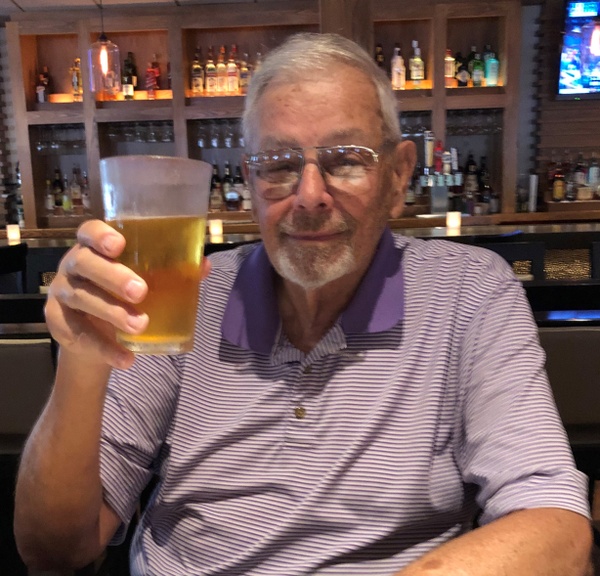 Bruce Kollath passed away on Wednesday, June 29, 2022 after a brief illness. He lived in Coconut Creek, Florida.

Bruce was born in Schenectady, NY, in 1938, the son of Don and Pauline (neeBrudzinski) Kollath, and brother to his older sister Dianne. He attended MontPleasant High School, where he played on the varsity basketball team. He was recruited by Syracuse University on a full basketball scholarship. There he met his first wife, Gloria Rimer, who he married after his military service in the US Army. Bruce and Gloria had two children, Lawrence (Larry) and Jacqueline (Jacki). The famity resided in Camillus, NY where Bruce was active in local politics and the athletics booster club. He and Gloria later divorced.

Bruce then moued to Philadelphia and met and married Ronni Johnston. There he extended his career into sales management and executive leadership. He was an active leader in the gift and collectible industry. He and Ronni moved to Houston,TX, where they lived for sixteen years, then relocated to the Miami Dade area. Upon Ronni's passing in 2009, Bruce moved to Coconut Creek, FL. In 2016, he married Sheryl (Looney) Pursley and they resided together in the Wynmoor Community, where he and Sheryl were active in community leadership, charity events and golf.

Bruce is survived by his wife, Sheryl (Looney) Kollath, daughter Jacki (Kollath) Wisler, daughter-in-law Marble (Guyon) Kollath, his sister Dianne Schultz, and his kitty cat J..izzi. He was predeceased by his wife Ronnie Kollath (2009) and his son Larry (2020).

There will be a Celebration of Life service for Bruce at Wynmoor over Labor Day weekend, details to follow. In lieu of flowers, please donate, in his name, to the Tunnel to Towers Foundation, which he supported.

Bruce lived his life to the fullest! He taught his loved ones to work hard, laugh a lot and love life. He would want each of us to go on with our lives as a celebration of his life. He did it his way!!