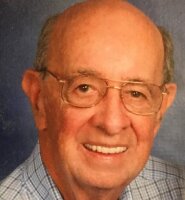 Born on September 3, 1937, in Steubenville, Ohio to Frank R. and Vivian J. (Thompson) Crain, he lived a fulfilling life with significant contributions to the medical and educational fields.

After earning his bachelor’s degree in biology at Washington & Jefferson College, he earned a master’s degree and a doctorate degree in medical biochemistry at West Virginia University. He produced groundbreaking research for his dissertation on the effects of beta carotene in removing free radicals from blood serum, which was used by scientists to fight cancer.

A highly regarded professor by his students, Frank was a professor of the sciences at West Virginia University, Florida Atlantic University and Broward Community College. As a clinical chemist, Frank climbed the ranks until becoming laboratory director for the Broward Health hospital system, overseeing laboratories of five hospitals. He was also a longtime member of First Presbyterian Church of Coral Springs.

In the summers, Frank enjoyed the annual tradition of visiting Maine’s Midcoast region with his wife, Beverly, a former Rockport resident, and sharing in the beauty of the Midcoast with his loved ones. Many of the annual trips were first made by car or train with Beverly, and later included his grandsons George and Leslie. While many Maine visitors would say their favorite dinner was lobster, Frank preferred a meal of meatloaf and whoopie pies from Moody’s Diner. His sweet tooth never failed him, from pies to cakes to cookies to donuts, even in the days leading to his final hospitalization when he devoured piece after piece of Halloween candy.

He is warmly remembered by his grandsons as being abundantly supportive of his loved ones’ endeavors and ambitions, and how he was always willing to lend support in any way possible and go the extra mile in his support.

The family has opted to mourn privately, for now, amid the pandemic. A graveside committal service in Maine is tentatively planned for Summer 2021.
To order memorial trees or send flowers to the family in memory of Dr. Frank Crain, please visit our flower store.