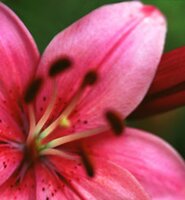 Jimmy was a very refined, focused, reserved, accomplished, deep thinking individual of great intellect, very athletic, with an unexpected, but prominent and enjoyable sense of humor. His interests were very broad, varied, and serious.. His passion was sports, and cars (as they whizzed by he knew their makes, years, etc.), among others, and, especially, basketball; however, he decided to pursue professional tennis which he excelled at, naturally, and, of course, with focused and hard work.

He sparred with the best of professional tennis players, was a seriously focused tennis player and teacher, and published various tennis articles as well. He studied Chinese medicinal herbs, exotic herbal teas and tinctures, (formulated some along the way), foods and their effects on the body, including health modalities/interests such as Tuina massage, martial arts, tai chi (which he also taught), and various other alternative modalities, all of which he understood, deeply, and utilized both for himself and others.

He had a photographic memory and very keen senses, a voracious reader and assimilator and processor of information, a man of keen intellect and depth. A quiet deep thinking man, by nature, and when engaged on certain subjects, he had much to say and share -- all carefully researched and and/or applied and thought out. He played classical guitar, and loved to travel. He traveled throughout different parts of Europe, and lived in some, such as Spain, Germany, London, France, Italy, etc., the longest being in Spain, where he learned and mastered Castilian Spanish of which he was most proud. Healthy food was a passion of his, and he was a fine cook and baker, which he also took very serious.

He kept volumes of recipes and loved reading the weekly newspaper food section and enjoyed frequenting, early morning, farmer's markets searching for the best organic produce and products. Later on in life, he changed careers from professional tennis to foot and hand reflexology. He studied, personally, under Dwight Byers (nephew to Eunice Ingham who wrote the original books on foot reflexology here in the United Sates), Jimmy taught Dwight tennis, and Dwight taught Jimmy deeper levels to his previously attained reflexology studies -- it was a good combination, and Jimmy became, a very proficient and sought after reflexology practitioner who achieved results through his various giftings.

During this time Jimmy had a deeply profound, personal and spiritual experience with the God of Abraham, Isaac and Jacob and His Son, and, upon reading Merlin Carother's book, Prison to Praise, he accepted Jesus Christ/Yeshuah, the Savior of the world, into his heart, and from there on another, and the most important and unexpected area of his life opened up. At that point, the Word of God in the Sacred Holy Scriptures of the Old and New Testaments became his delightful focal/focus point, and everything else took second place from there on. He studied Torah, observed the traditional Hebrew Sabbath, was also studying Hebrew, and was striving to become a Torah Chanter at a Messianic Synagogue.

He loved to recite Psalm 91 in Hebrew and English and also John 3:1-21, regarding Nicodemus, one of the Synagogue rulers, who visited Jesus/Yeshuah by night to ask Him questions as well as reciting the Shema and so on. He also loved to recite the oldest Hebrew Blessing, Numbers 6:24-26, in, again, both Hebrew and English, as a Blessing over others and, especially, his wife. who was the recipient of that spoken Blessing for many years. He also loved blowing the shofar, and carried a small one with him to blow over others, as a Blessing, whenever the occasion allowed, for clients and friends.

Jimmy wanted to bring and be a blessing. Jimmy's heart's desire was to bring the message of Salvation, the Good News, to others, most especially, his beloved family members for he believed in the life to come as the Resurrected Savior of the world taught and Represented. Jimmy never wavered from that Truth. Everything Jimmy did and put his hand to was done with great excellence and follow through.

This is a small synopsis of the personhood of James Michael Herman - he was most impactful in very many ways.

He will always be missed and loved by all those who knew and understood him best, and so it is.

To order memorial trees or send flowers to the family in memory of James Herman, please visit our flower store.