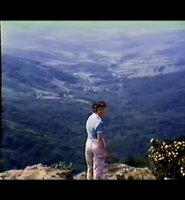 Jeanette Marion (Falivene) Bergonzi passed away peacefully on September 8, 2020, at the age of 88. She was preceded in death by her husband, Anso "Moose" Bergonzi, her sister Jacqueline (Falivene) Zawodniak, and her parents, Antoinette (Ciriello) and Peter Falivene.

She is survived by her sister Karen (Paul) Egliskis and brother Peter (Kathy) Falivene, her children Joelene (David Gross), Gregg, Karen, Janis (Kenny Bryant), Anson, Donna, Scott (Donna), Michael, and her friend who was like a daughter, Millie Diaz (Joe), her many grandchildren and even more great-grandchildren, all of whom will continue her legacy for generations to come.

Jeanette grew up and raised her family in Torrington, CT, where she founded Busy Bee nursery school, serving many children in the area. In the early 80's Jeanette and Moose and their youngest boys relocated to Port St Lucie, FL, where she continued serving the community.

In the late 80's, they traveled to Lemon Grove, CA, for a health retreat, and ended up joining the staff at Optimum Health Institute. Jeanette assisted in the health and well-being of others there for ten years. She then moved to West Palm Beach, FL. She was surrounded by friends who kept her busy, in between her travels to visit her many family members and celebrate the moments in their lives.

Jeanette will be missed by so many who remember her kindness and caring words — as well as the birthday, anniversary, and holiday cards she faithfully sent! She always lent a hand, her attention, and whatever resources she could share. She left behind loving memories and gratitude.

To order memorial trees or send flowers to the family in memory of Jeanette Bergonzi, please visit our flower store.