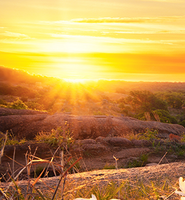 Jeff passed away on the late evening of Friday April 9th. Jeff was born in a small town called Jackson located in Michigan on July 2nd 1983 to the late Ronald and Lana Klee.

Jeff had several siblings whom are Ronnie, Heather, Aaron, James, Jessica, Jeremy, and Ricky. Jeff has also made some very close friends along his way whom are Jimmy, Jennifer and Reno Walcher. Jeff was married to Crystal for 15 years but ultimately was best friends for 25 years.

Jeff had a rough childhood but over came all the obstacle and went to school and became one of the greatest mechanics. Some of Jeff's favorite things to do where reading, camping, hunting, working on cars, going to the movies, mudding, but his most favorite thing to do was going pokemoning with his family. Jeff and his family would go out pokemoning every Sunday.

Jeffery's family is respecting his wishes and had him cremated along with not having a funeral. However,. They will be holding a memorial at a later time.
To order memorial trees or send flowers to the family in memory of Jeffery Klee, please visit our flower store.