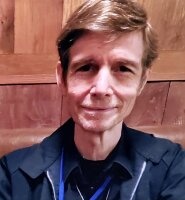 Richard was born May 16, 1952 in Berkeley CA to Ernestine Botts and Arthur Crestfield.

His maternal Grandmother Pansy Carrick and her husband Lester owned C-Bar-C Ranch in Citrus Heights, CA. He spent many a summer at their ranch helping out with their horses. He grew up in Goleta and Santa Barbara, CA. He graduated from Dos Pueblos High School in Goleta.

He ran cross country track and lettered twice. He attended the University of California Riverside where he majored in math. He also pole vaulted.

He met his wife Michelle and married on June 10, 1978 in Riverside, CA. They were blessed with three daughters. Lisa Marie Cabrera, Kristen Nicole Patten and Jamie Onida Crestfield. He was also grandfather to Isabella Rose Cabrera with a 2nd grandaughter due to be born in late September 2022.

His interests ranged from health and nutrition to crystals. He was also an avid hiker. There was an annual hike to Castle Rock in Big Bear Lake, CA with his family followed by Pizza at Maggio's. His long term work was for two Cosmetic Manufacturing Companies, Kolmar Labs and Oxygen Development.

He is survived by his wife Michelle, his 3 daughters Lisa, Kristen and Jamie. His two brothers Robert Crestfield and David Crestfield plus 4 nephews.
To order memorial trees or send flowers to the family in memory of Richard Crestfield, please visit our flower store.