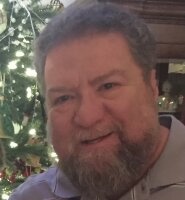 Robert Kinnear Coyle (Kin), loving husband and father, passed away at the age of 67 on Friday, July 2nd, 2021. Kin was born on September 12th, 1953 in Westmount, Quebec to Robert Marvin Coyle Jr. and Patricia Jean Foley. He spent his childhood in Canada, New Jersey, and South Florida.
Kin had a 50-year career in the restaurant industry and held every position imaginable from dishwasher to general manager. His real passion was cooking for his customers, family, and friends. He had a tenacious work ethic and was a great boss who would never ask an employee to do something that he wouldn’t do right beside them.

Kin married Susan Lynne Gahan on October 11th, 1980. They raised two children: Matthew and Caitlin. Kin was a loving husband and father who always provided for his family.
Kin was an avid reader of fiction and the newspaper. He was always keenly aware of current events in the world and his local community. He adored the smell, sound, and feel of summer rainstorms. As a young man, Kin surfed a number of breaks along the east coast of the United States. He enjoyed playing racquetball and golf and was a huge fan of the Miami Marlins and Dolphins. He loved to travel with his wife and visit National Parks throughout the United States. He maintained very close relationships with a group of friends he made as a teenager in South Florida until the day he died. Kin was known for his quick wit, compassion, kindness, and his enjoyable company.

Kin was preceded in death by his father Robert and his mother Patricia. He is survived by his wife Susan, son Matthew (Lauren), daughter Caitlin (Patrick), sister Karen Sue Tripp, brother Jeff Coyle, grandkids Jackson and Olivia, and many nieces and nephews.
There will be a celebration of Life on Sunday, August 15th, 2021, 1-5 pm at Fern Forest Nature Center, Coconut Creek, FL

To order memorial trees or send flowers to the family in memory of Robert Coyle, please visit our flower store.