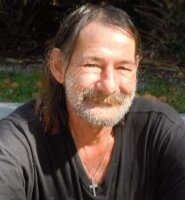 Robert was a proud Navy Veteran who served in the Vietnam War.

Robert enjoyed Harley Davidson motorcycles, animals, cooking, history, reading, and painting. He was very proud of his Greek heritage. He loved living in Florida and was particularly fond of watching the fishermen and sea life at the Sailfish Marina."
To order memorial trees or send flowers to the family in memory of Robert Marschat, please visit our flower store.