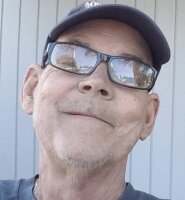 Ronald was soon to be retired from H. Lamm Industries after lifetime of dedicated service. Always hardworking in his career, his most treasured title was that of father and grandfather.

Ronald admired his brothers, growing up in Canton and reminisced often of his early years. Always doing the right thing, he led by example, with a captivating smile, amazing sense of humor, and loving dedication to his family.

Never one to seek attention, per Ronald's request and to honor his character, there will not be services.
To order memorial trees or send flowers to the family in memory of Ronald Brown, please visit our flower store.