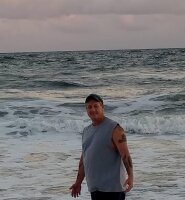 Shawn Joseph Hennessy, a resident of Fort Lauderdale, FL and former longtime Bronx, NY resident, passed away on August 18, 2020 at home. He was 50 years old.

Shawn was born in the Bronx on August 15, 1970 the son of the late Richard and Mary Hennessy. Shawn had worked for UPS.

In addition to his parents, Shawn was predeceased by his brother, Patrick Hennessy; his nieces, Christina Hennessy and Siobhan Dolphin.
To order memorial trees or send flowers to the family in memory of Shawn Hennessy, please visit our flower store.