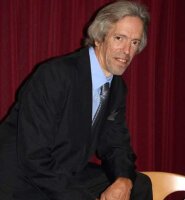 Steven D. Buttel, 56 passed away on March 17, 2021 during an extended hospital stay with heart problems.

Steven was born in Passaic, NJ. He lived in Clifton, NJ and graduated from Clifton High School. Over the years, Steven made his home in Florida.

A Celebration of Life will be held on a date to be determined.
To order memorial trees or send flowers to the family in memory of Steven Buttel, please visit our flower store.